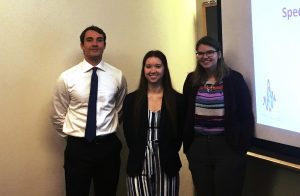 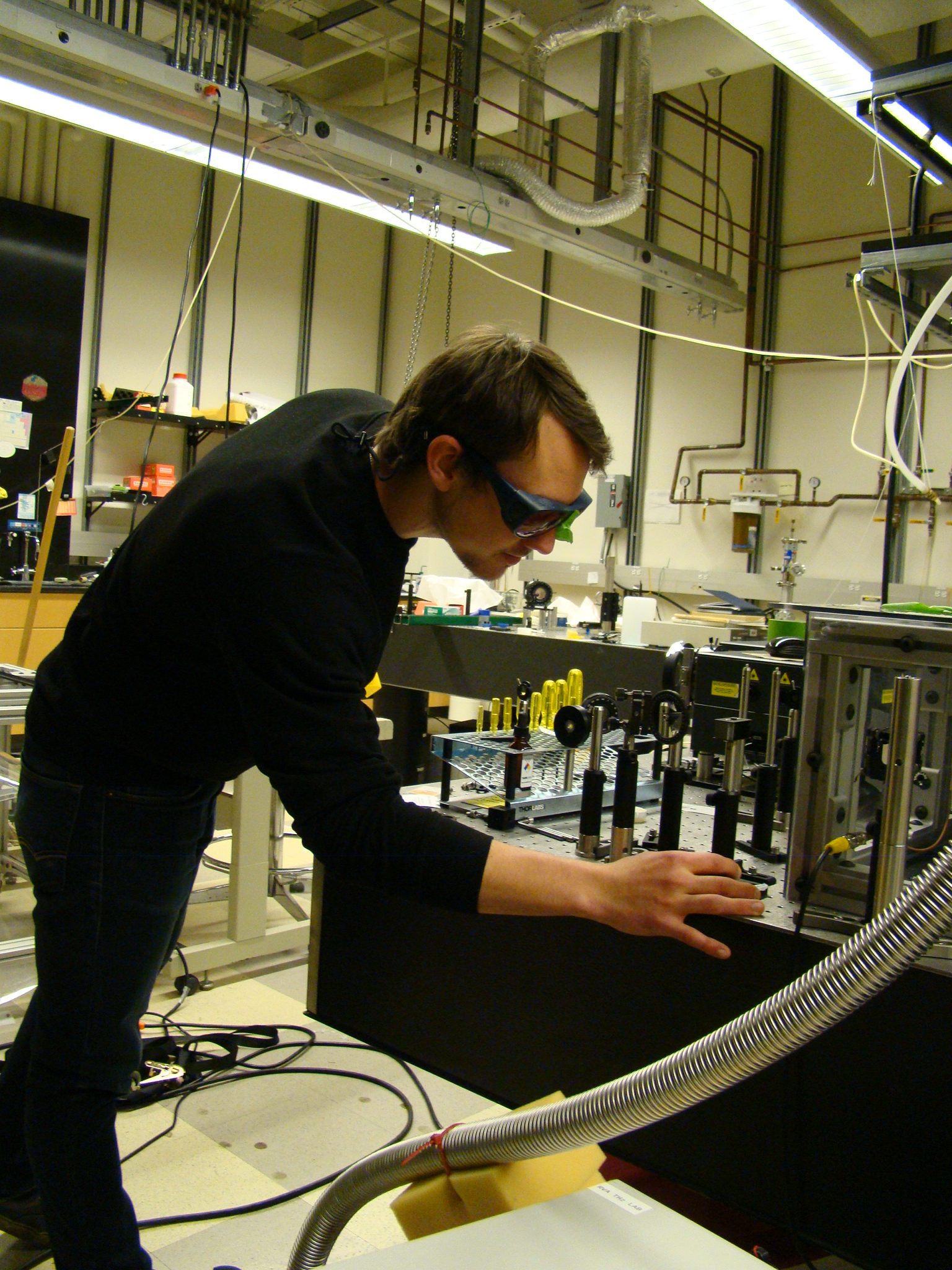 The purpose of this research is to determine the optical properties of TOPAS Cyclic Olefin Copolymer (COC) across a range of temperatures from 300K to 7.7K.  The data was obtained by performing terahertz time domain spectroscopy on a sample of TOPAS COC roughly 4 mm in thickness. 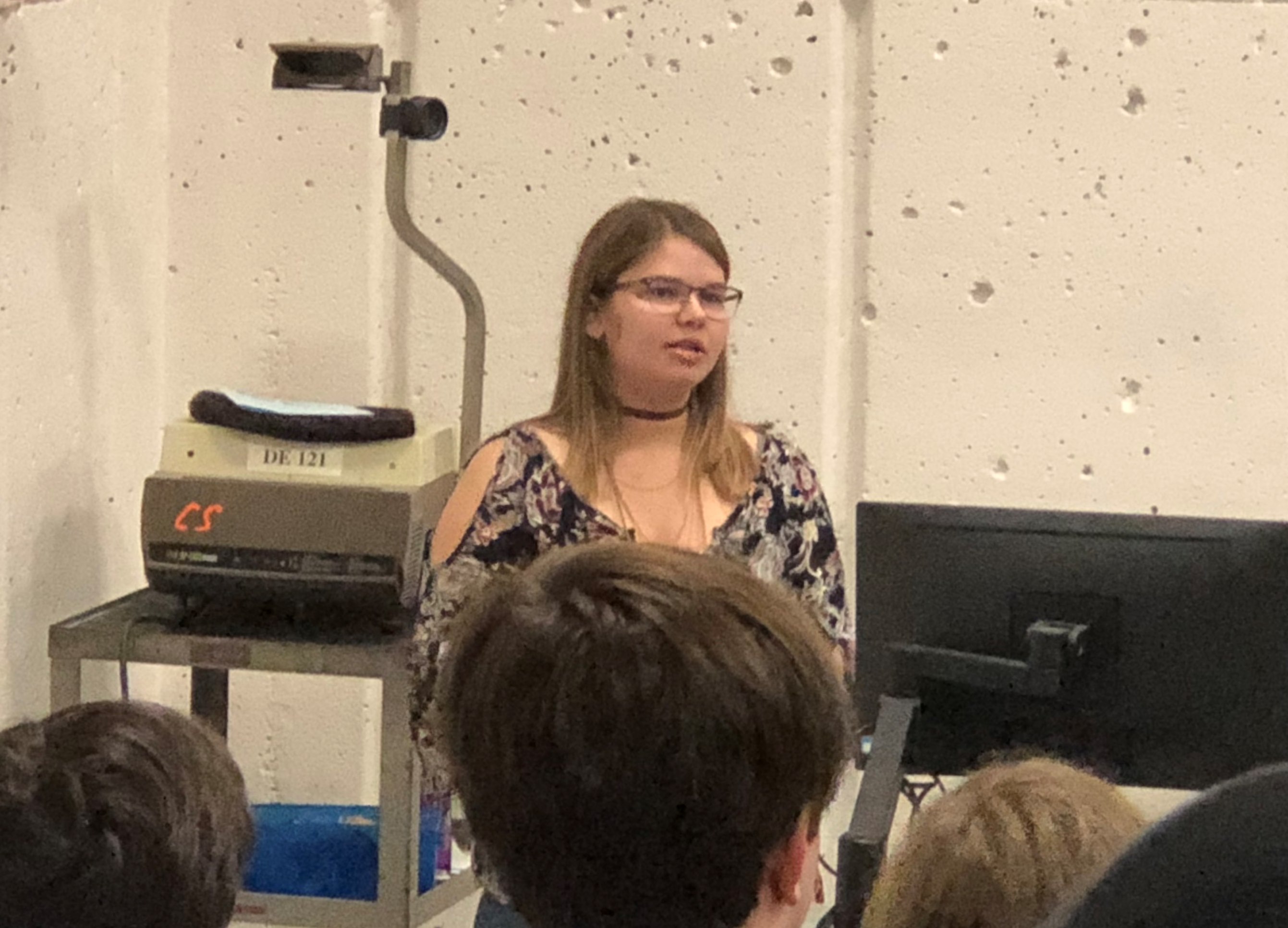 “My research was on the creation of a tunable nanocaliper using DNA origami. DNA origami is the use of DNA as a building block to create two-dimensional shapes on a nano-scale. The nanocaliper is created from strands of DNA, or scaffold, pinched together by short strands of DNA called staples.To create a hinge, nucleosomes are inserted into the nancaliper so the nucleosome array can be measured. We are able to alter the structure of the nanocaliper so that different angle distributions can be obtained.” 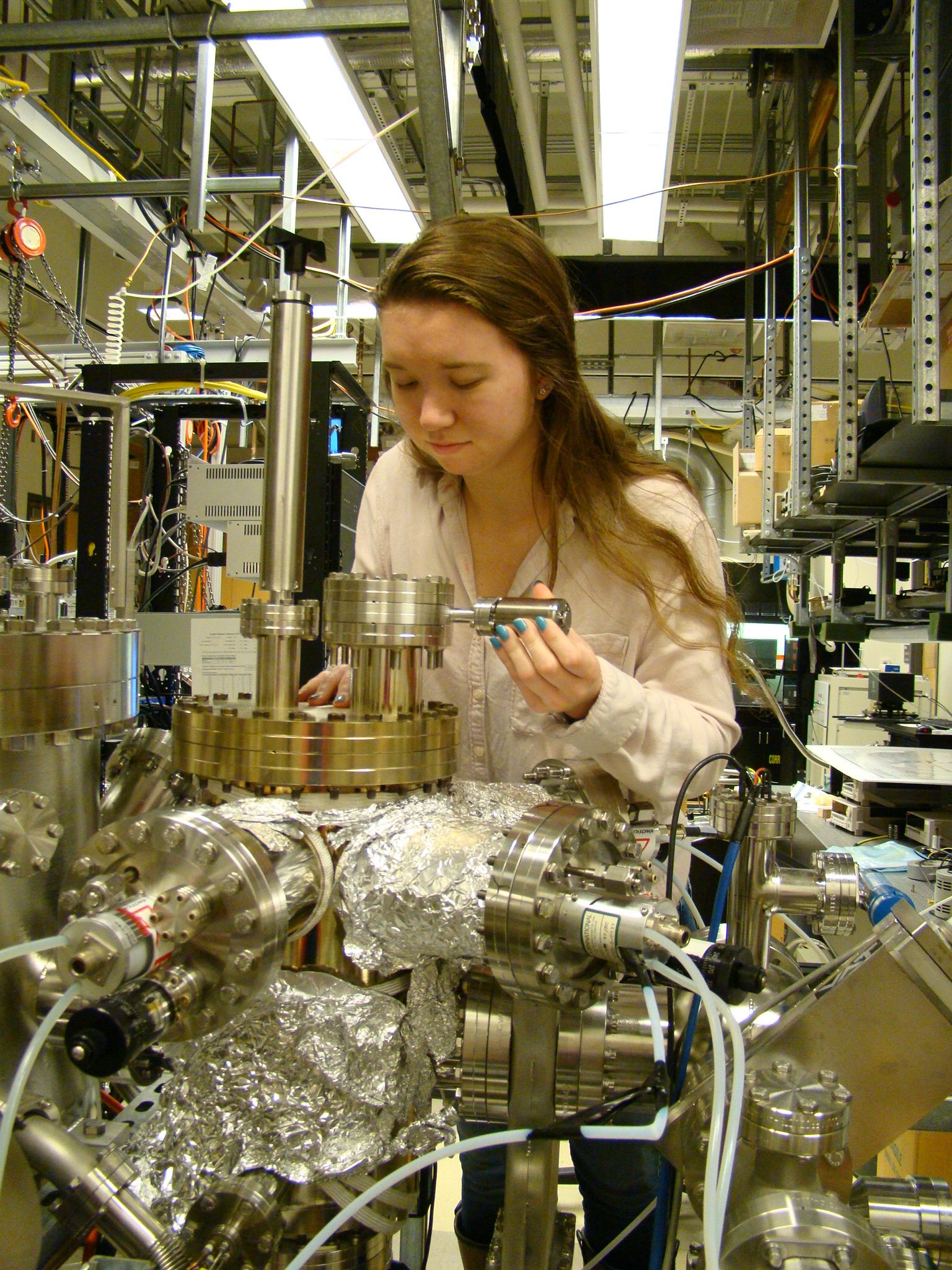 “My research was on the growth and characterization of magnetic thin films. We created a thin film of a certain element or compound on a substrate through a process called sputtering. A closed container was pumped down to low pressure and a plasma was created within the chamber. That plasma broke up a puck of a different material, called a target, into particles that collected on the substrate. Once that film was complete, we are able to characterize the sample by running tests on it. We were able to determine the thickness of the film and the lattice spacing of the atoms inside the film using x-ray reflectometry and x-ray diffraction.”