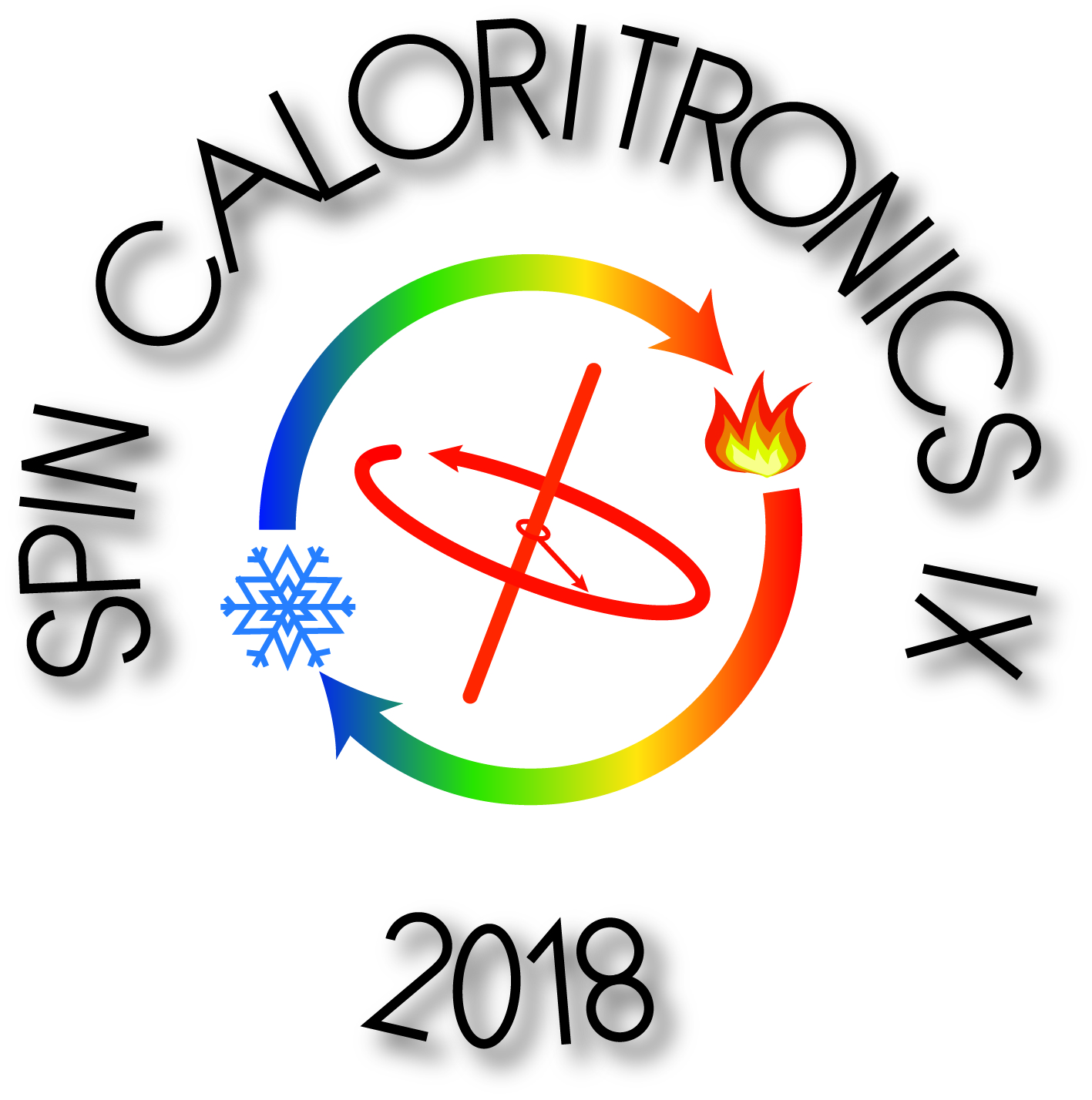 Description
Spin caloritronics is the study of thermally driven spin fluxes. The community of scientists working on the topic meets annually in a series of Spin Caloritronics workshops. The 9th in the series will be organized at the Ohio State University campus June 25-29, 2018.

Spin caloritronics is a subset of the general study of spin and magnetization dynamics, covering time-dependent, spin-based phenomena and properties, such as spin transport, that are out of thermodynamic equilibrium. Spins can reside on localized electrons in magnetically ordered ferromagnets, ferrimagnets, and antiferromagnets (AFM) that can reside on itinerant electrons in magnetically ordered electrical conductors. In the latter, spin transport accompanies electrical charge transport. Spin residing on localized electrons also can transport magnetization and heat via magnons (spin-precession waves). Research over the last 10 years has emphasized coupled linear transport (Onsager relations) of spin, charge, and entropy by conduction electrons, and charge and entropy by magnons. Spin transport across interfaces between magnetic and non-magnetic materials is of particular interest as the interface breaks the symmetry of the lattice, giving rise to important new phenomena. Spin transfer occurs by a mechanisms called spin-transfer torque, based on the conservation of (spin) angular momentum. Spin transfer torque is the physical principle underlying spin-based memories (MRAM and STT-MRAM), which dominate the Random Access Memory (RAM) market today. Its fundamental study is of the utmost technological relevance for the electronics industry in general, and for the Army in particular.

Spin caloritronics is distinguished by the fact that thermal excitation gives the most intense spin fluxes achievable by any means. It provides a spin flux roughly two orders of magnitude more intense than spin pumping using ferromagnetic resonance, and three orders of magnitude more than electrically pumped fluxes (Spin-Hall magnetoresistance). The field started with the discovery of the spin-Seebeck effect (SSE) in 2008, which was the first new thermomagnetic effect discovered in a century.

At the conference, we expect to see new discoveries from around the world in the following fields, and to discuss future research prospects for the coming decade. Under strong enough driving forces, transport can depart from linearity and new collective spin modes may develop, some of them labeled “Bose-Einstein condensates;” the quest for their observation continues to spur experimental and theoretical activity. Topological effects are not confined to the electron system, but also expected in magnon dispersions. Several new results explore in detail the magnon-phonon interaction, a necessary step to transfer entropy from the phonon system to the magnon system. New results are also expected to be presented on spin transport in antiferromagnets and in chiral structures like skyrmions. AFMs offer new prospects because their spin dynamics are much faster than those in ferromagnets (resonance frequencies are 1 to 2 orders of magnitude higher) and also because the choice of AFM insulating materials is much broader than that of insulating ferromagnets. SSE effects through AFMs have been reported by several groups. Skyrmions are the smallest possible domain-reversal structure, enabling the exploration of the smallest possible magnetic device size. The Dzyaloshinskii-Moriya interaction (DMI) that arises from broken inversion symmetry and spin–orbit coupling, and stabilizes chiral spin structures gives rise to a thermal magnon-Hall effect, which is possibly the only transport property sensitive to it.

The conference focuses on thermal spin transport, but includes new results in the fields of spin transport and spin dynamics in general. 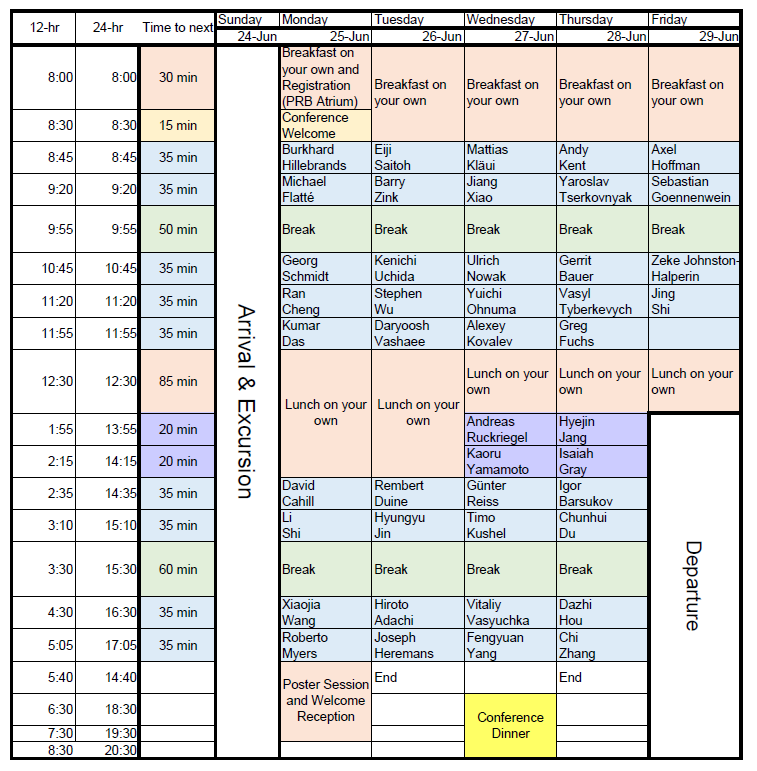 This workshop is supported by the Center for Emergent Materials: an NSF MRSEC, Army Research Office, OSU College of Engineering, OSU Institute for Materials Research, OSU Office of Energy and Environment, and OSU Department of Mechanical and Aerospace Engineering