Abstract: Recent experimental evidence demonstrates that Na2BaCo(PO4)2 is a candidate material to realize the quantum spin liquid (QSL). This compound can be described by the Ising-Kitaev-Gamma model on a triangular lattice. Using Python’s QuSpin package and the exact diagonalization method, we simulate this model in a  4×4  cluster with periodic boundary conditions, obtaining a quantum phase diagram for this system. We analyze the ordering patterns of the observed phases by calculating spin structure factors. Focusing on the Γ = 0 case, there is a ferromagnetic regime for large, negative Jz/K as expected classically.  There is also a 2×2 in-plane ordered phase for around−0.3< Jz/K <1.2.  Most importantly, for Jz/K >1.2,  there is a phase that lacks magnetic order and which may be a quantum spin liquid phase. 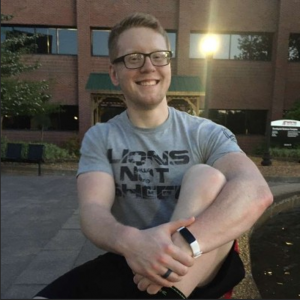 Abstract: Magnetic skyrmions are vortex-like spin textures with chiral symmetry that arise within magnetic materials due to the Heisenberg exchange interaction and the Dzyaloshinskii-Moriya interaction (DMI). Due to their small size(can be less than 100 nm) and need for large magnetic fields to annihilate, they show promise as information carriers in high-density storage applications. One of these applications is for racetrack memories. To test the possibility of filtering in such applications, Bloch skyrmions were moved down a channel with a spin transfer torque towards and through a defect barrier. The width and saturation magnetization (Ms) of this barrier was varied to see if either parameter could be used as a filter for such applications. Results show that increasing the Ms of the barrier had significant effects on the size and velocity of the incident skyrmions whereas decreasing Ms did not show any significant effect. For a 20 nm barrier, no permanent alterations of the skyrmion were induced, but for a 100 nm barrier of at least 5% increase in Ms there was a significant change in skyrmion behavior.

Abstract: The phenomenon of octahedral tilting caused by epitaxial strain in novel interfaces is currently poorly understood. With a greater wealth of knowledge on the tilting of the BX6octahedral, we may be able to finely tune the electronic and magnetic properties of perovskite materials. This study seeks to test the usefulness of digital crystal modeling when studying novel perovskite interfaces. This was accomplished through the use of the python packages PyTilting2 and ASE6 in order to strain and tilt a previously generated crystal model. These models can then be run through simulated x-ray diffraction and transmission electron microscopy in order to validate the accuracy of the models and simulation tools. Results show that this type of modeling provides an accurate and detailed look into the structure of novel perovskite interfaces.

Abstract: Interactions between two magnetic skyrmions on a ferromagnetic thin film were studied numerically by using micromagnetic simulations. Magnetic skyrmions are nanoscale configurations of spin that exhibit particle-like behaviors and have topological origin. Results show that skyrmions with the same core polarization repel. An interesting spiraling motion is also shown between skyrmions at close distances. This is predicted to be the result of a magnus force. Both the repulsion and magnus forces become extremely weak after a certain critical distance based on the properties of the material used. The simulations performed do not display any change in skyrmion size when skyrmions are in close proximities to each other. This goes against other literature and would be something to look into for future directions. Interactions between skyrmions are important to understand for applications and experimental studies of skyrmions. 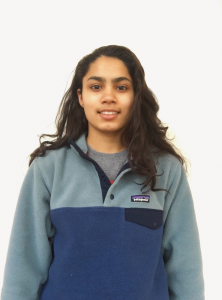 Abstract: Field free deterministic switching of the magnetization state of a magnet with an out-of-plane magnetic moment by spin-orbit torque is the essential to energy efficient data storage devices. This requires an out-of-plane spin polarization which can be generated in low-crystal symmetry quantum materials. Here we broaden the previous demonstration of spin orbit torque magnetic switching with ferromagnetic Fe3GeTe2 (FGT) and Tungsten ditelluride (WTe2) heterostructure to a ferrimagnetic insulator, Thulium iron garnet (TmIG) and WTe2 heterostructure.