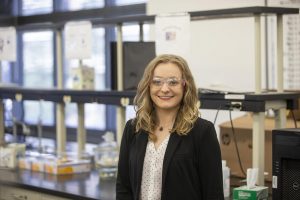 Laureate Award. This award is given to an outstanding senior from each of Illinois’ four-year universities for excellence in both curricular and extracurricular activities. Jill is a chemistry major and dance minor at Northern Illinois University. An article detailing this accomplishment can be viewed here.