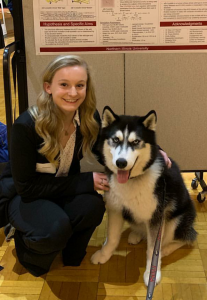 Abstract: The discovery of topological quantum matter has led to a surge in condensed matter physics research and to the discovery of topological insulators. Topological insulators have protected surface states within a large bulk energy gap, a property known as a topological band. For magnetically ordered materials, spin wave excitations can also form various topological bands with magnon surface states. Therefore, this study attempts to search for materials that could possibly host these topological magnons with high transition temperatures by finding a connection between a material’s crystallographic and magnetic properties, a relationship that has not been much explored. 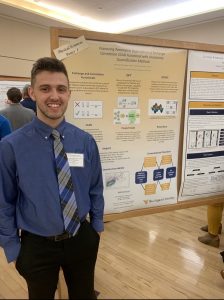 Abstract:The competition between disorder and Coulomb interaction leads to the depletion of the single-particle density of states in the Anderson insulators near the Fermi energy known as the Coulomb gap. The Coulomb gap is a thoroughly studied phenomena in solid state physics. It was conventionally believed that in order to observe such a gap numerically, one must enforce first-order stability criterion to generate a pseudo ground state, which corresponds to ensuring that the ground state energy is minimized with respect to the single-particle hopping. We believe that only the zeroth-order stability, which ensures all occupied single-particle levels are below the Fermi level, more or less reproduces the depletion of DOS near Fermi level. We propose a probabilistic argument regarding the algorithm used for the simulation and compare our proposed theory with the conventional Efros’ self-consistent theory. We also explore the validity of our arguments in power-law interactions outside of the Coulomb interaction. 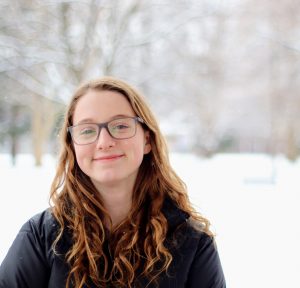 Abstract: Magnetic skyrmions are vortex-like chiral topological spin textures that arise in magnetic materials due to the competition between the Dzyaloshinskii-Moriya interaction (DMI) and exchange interaction. Skyrmions have potential applications as carriers in high-density information storage and transfer in the future. This project investigates how DMI strength and exchange interaction strength affect the thermal stability of skyrmions. To answer this question, MuMax3 micromagnetic simulation program is first verified using a standard micromagnetics problem, then used to test the thermal stability of skyrmions in TmIG/Pt. Results show that skyrmions can evolve from the helical phase when temperature is increased, and this evolution occurs at higher temperatures for greater DMI strengths. Skyrmion Tc also increases with greater exchange interaction strength. 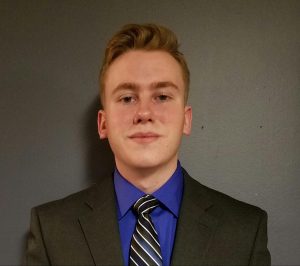 Abstract: The dependence on geometrical conditions for inter-phase exchange coupling is explored in micromagnetic simulations of two-phase Nd2Fe14B/α-Ferrite nanocomposite thin films. A synopsis of the existence of the phenomenon is extrapolated from energy minimization ab initio. The effect is studied with in-plane magnetization reversal where optimal conditions are determined by nanocrystal shape and array spacing. The effect manifests itself in a multi-step demagnetization process which is substantiated visually by MuMax3. The material selection is intended to be general and to be expanded for numerous nanocomposites with a hard phase matrix and soft phase nanocrystals. Applications toward technology are especially accentuated.

Abstract: Twisted bilayer graphene is a fascinating material with much interest in many fields, though it especially gained notoriety after reported superconducting behavior. This led to the observance of an interaction potential that appears to have a small ”shoulder” in its shape. In this report, I explore the possibility of the formation of stripe and bubble electron phases based on both a simplified toy model of the shoulder potential, and the aggregation of the real potential and an external potential field. This was accomplished through the use of a Monte Carlo simulation written in Python, facilitated by Jupyter notebooks. All provided analysis is on a primarily qualitative basis. 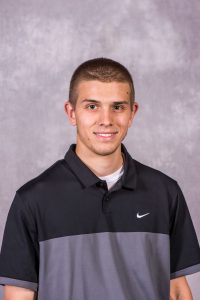